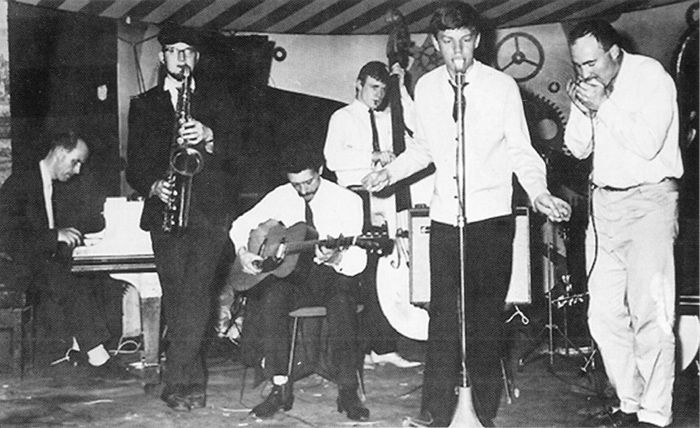 Birth of the British Blues Invasion

The British Blues Invasion started in London in 1964, well after the Liverpool scene got into swing, way back in “61. The audiences in the London Blues scene were middle class folk, mainly university and art school students. The material they came to her was the American blues artists like Howling Wolf, Muddy Waters Jimmy Reed, Willie Dixon and the like.

Cyril Davis, Alexis Korner and Chris Barber were the artists who who were the founders of the British Blues Invasion.They were the ones who first made the Blues popular in London. It was actually Chris Barber, well known skiffle player, who first started playing adaptions of some American Blues songs. Although this was not pure blues , it was the first time London folk heard the blues.

Two members of Barbers band Cyril Davis (below left) and Alexis Korner (right) left the band and formed Blues Incorporated. These two musicians eventually parted, and Davis formed his All Stars. In the photo above, Cyril Davis is on harmonica, with Alexis Korner seated on guitar. The young vocalist is none other than Mick Jagger. All these musicians were in the forefront on the British blues invasion. 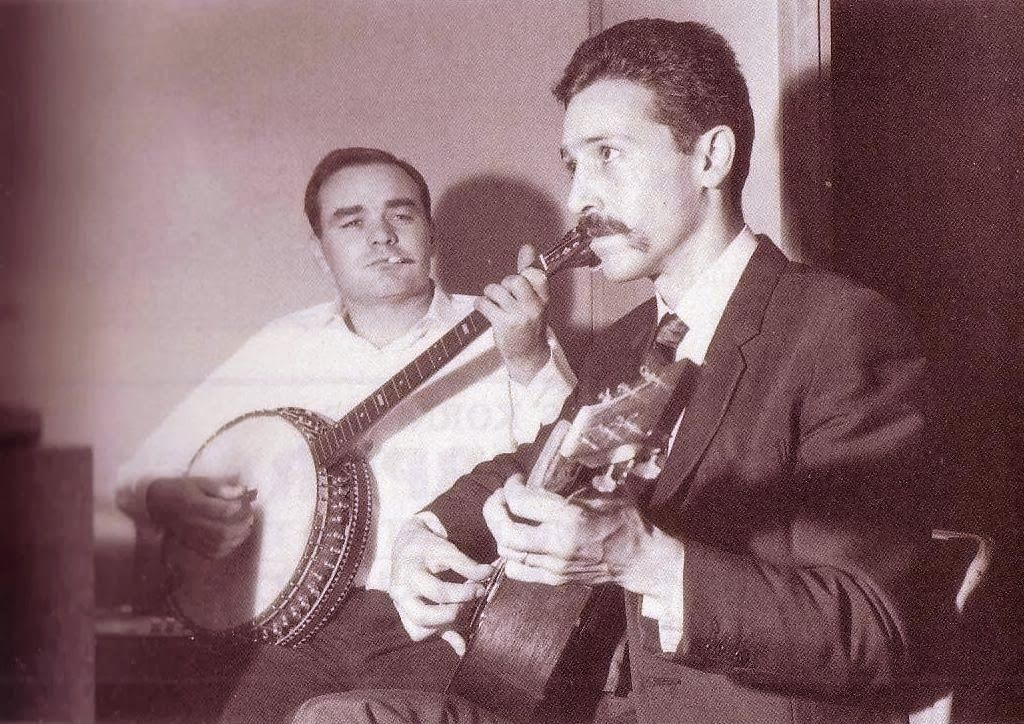 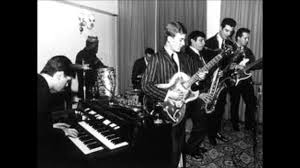 Georgie Fame (left) and the Blue Flames at the Flamingo in Londons East End, 1964

The first of these was the Roundhouse, opened by Davis and Korner where they ran the Rhythm and Blues Barrelhouse Club. They also opened the Rhythm and Blues club in 1962. Here is where the  likes of the Rolling Stones, as well as Bluesology and the Pretty Things first played in public. The most famous club, The Marquee, featured the Stones, (where they played their first paid gig) The Yardbirds and Sony BoyWilliams. Blues Inc. and the All Stars regularly played there Klooks Kleek, West Hampstead, was where John Mayall made his live album, before the famous Beano L.P.

So, began the growth of British Blues, and the emergence of the bands that took the music back to where it started, back to America. 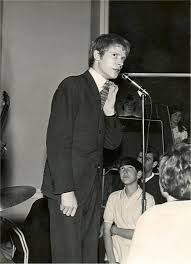 Long John Baldry at the Roundhouse, in the early 60's

Long John Baldry, and original Blues singer, was gigging way back in the 50’s, and joined the Alexis Korner/Cyril Davis group at the Roundhouse pub in 1961.He then joined Blues Incorporated who played regularly at the Crawdaddy Club, where Keith Richards and Mick Jagger often sat in for a jam.                He was featured on on Korners album "R&B"mfrom the Marquee

From there, Steam Packet was formed which included Reg Dwight, (later changing his name to Elton John.)  Graham Bond was another original blues player, who never attempted to achieve commercial success. He worked with great musicians who later went on to be major players in the English beat scene. Dick Heckstalll-Smith played sax, and later joined John Mayall and Colleseum. Jack Bruce and Ginger Baker both later worked with Eric Clapton in Cream. 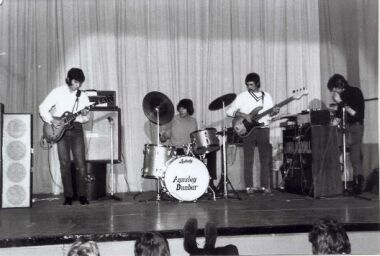 The Bluesbreakers, in 1966 with Peter Green, Aynsley Dunbar, John McVie, and John Mayell

John Mayall and the Buesbreakers contributed two vital things to the British music scene in the 60’s. Good blues music, unconcerned with commercial ambitions, and a breeding ground for great talented young musicians.

Above, John (right) is with Peter Green, guitar, later to form Fleetwood Mac with John McVie, seen here on bass, and Aynsley Dunbar, one of the UK.'s best known drummers.  ever),  playing in the early 1967 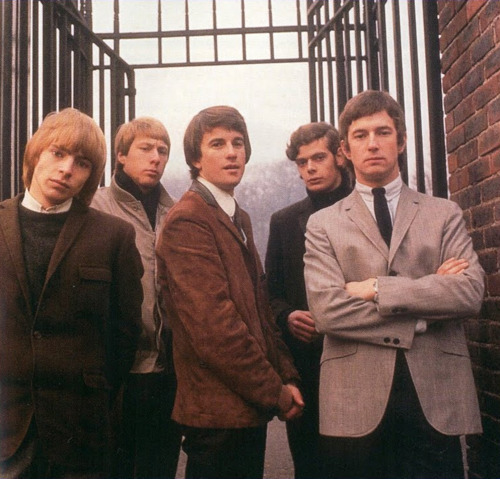 Other great bands from the British blues inversion  who achieved success both in the U.K. and  the U.S.A were TheYardbirds, (who produced three of the greatest guitarists ever) and succeeding to win audiences on both sides of the Atlantic. 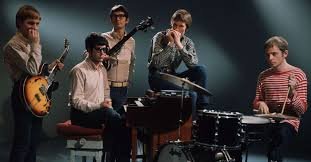 Manfred Mann, who  featured Paul Jones, one of the best and most original blues singers to emerge from the British Blues invasion 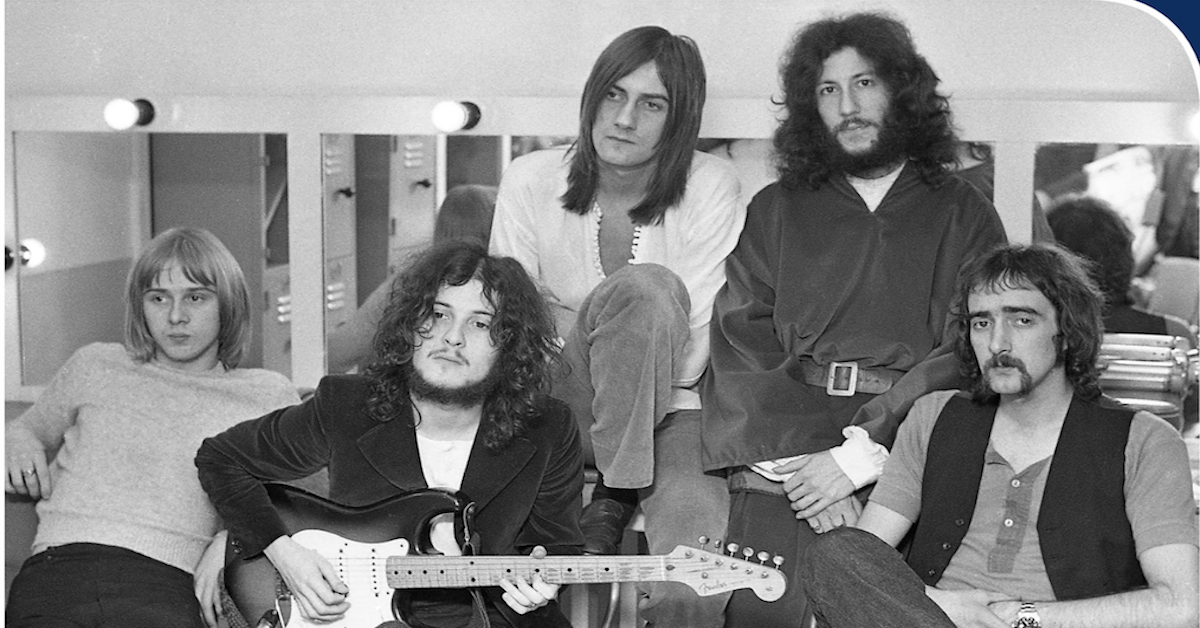 And, the band most people associate with Stevie Nix, the original Fleetwood Mac! 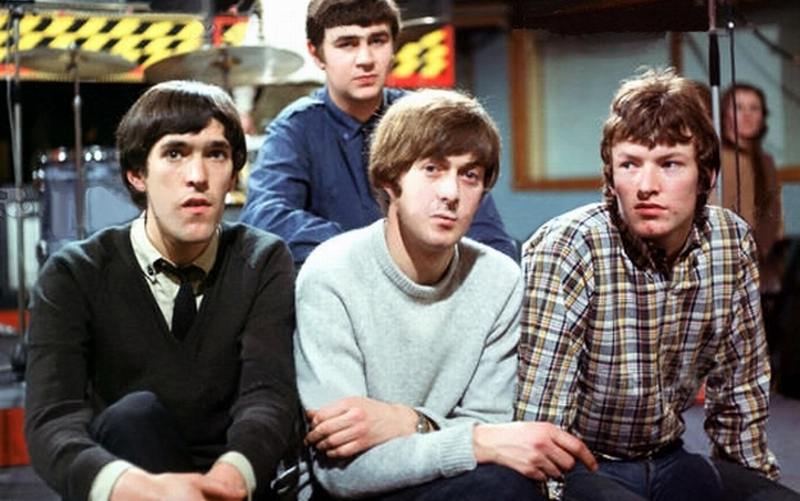 Then in early 1965 came yet another brilliant blues band with a great lead singer. The Spencer Davis Group featuring the outstanding vocals of Stevie Winwood appeared with "Keep On Running". The band launched the career of Steve Winwood, one of the finest vocalists to emerge from the U.K.

The British Blues Network examines the role of British narratives of masculinity and power in the postwar era of decolonization and national decline that contributed to the creation of this network, and how its members used the tropes, vocabulary, and mythology of African-American blues traditions to forge their own musical identities. 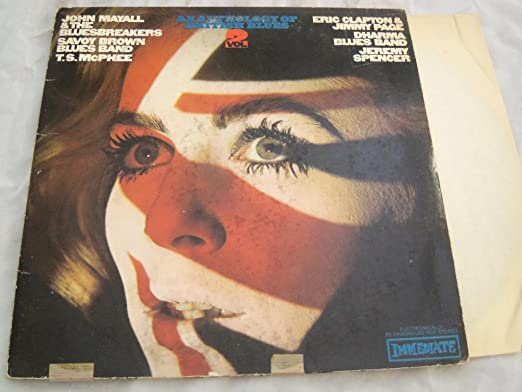 An excellent introduction the the British Blues Scene. Twelve tracks in all, featuring Eric Clapton with John Mayall, and also duetting with Jimmy Page. Jeremy Spencer is here and Savoy Brown Blues band. 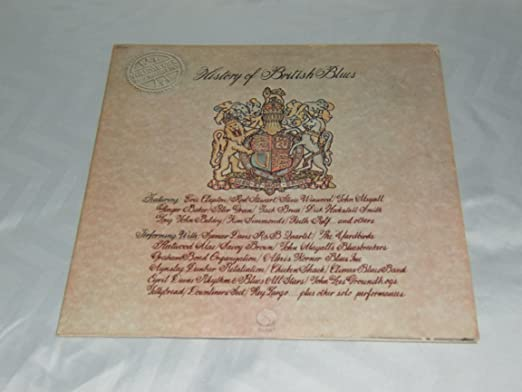 A History Of British Blues

Here is another great British Blues album. This one again has 12 tracks, nd has a great Rory Gallagher track come back Baby. There is also Cyril Davis, Alexis Korner, (with Long John Baldry and Dick Heckstall- Smith), Yardbirds with Eric Clapton, and others. 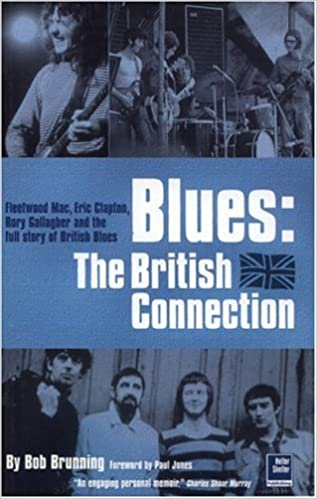 A book written by Bob Brunning, who played bass in the original Peter Green Fleetwood Mac until John McVie joined the band. One of my favorite reads, it covers early blues pioneers Alexis Korner, Cyril Davis, Clapton, Mayall Chicken Shack and a host of others. A great read.

Jeff Beck and Rod Stewart, re-Unite for "People Get Ready"

Jeff insisted Rod only wore denim for this clip, no flash outfits!