The band that turned the phrase “Do-Wah-Diddy-Diddy” into a hit song.! 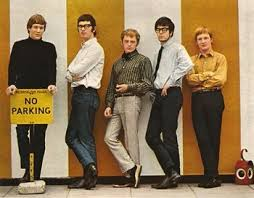 Manfred Mann (real name Mike Lubowitz) was a jazz player in South Africa, moved to the U.K. in 1962, where he met Mike Hugg, forming the Mann-Hugg Blues Brothers with  Hugg on drums.Tom McGuinness came along in1963, then Mike Vickers on Guitar filled out the group.

Jones replied saying he was a blues singer, not a shouter. How right he was, along with John Lennon Paul Rodgers and rod Stewart he is one of the best singers to emerge from the invasion bands.

And, a superb harmonica player as well.

With the name change to Manfred Mann and the Manfreds, then just the Manfred Mann, things started to move for the band. Signed to H.M.V., they scored their first hit with “5 4 3 2 1” in February 1964.

Next came “Hubble Bubble”, in April, reaching Number 11 on the U.K. Charts. Then, they struck gold with the cover of the Exciters hit, “Doh-Wah-Diddy-Diddy”.This went to No. 1 in the U.K., Canada, the U.S and Australia.

The hits came thick and fast after that, “Sha La La” in October, the romantic “Come Tomorrow” January ’65, then “If You Gotta Go”, and “Pretty Flaming” in’65 and ’66.Paul Jones departed after this, and was eventually replaced by Mike D’Abo. Tom McGuinness left and Jack Bruce took over bass in 1966. 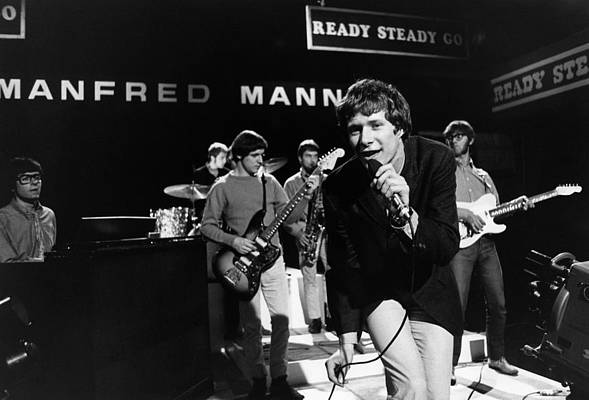 Appearing on Ready Steady Go!, 1965, with Tom McGuinness on lead guitar and Jack Bruce on bass. What's with the sax player?

I was lucky enough to see Manfred Mann three times, the first time as the original line up in 1965, (with the Kinks and Tony Sheveton,) where they performed brilliantly.

Next, in May 1971 they came as Manfred Manns Earthband, touring with Deep purple and Free. What a line up!

The line up then was Manfred, Mick Rodgers, (familiar to Australians for having been with Procession and Bulldog, two great Australian Bands) Chris Slade on drums, (later to be with AC/DC) and Colin Patterson on bass.

The last time, sometime in the late 90’s I saw the with Tom McGuinness, Mike D’Abo, Paul Jones “ ..so you get two vocalists for the price of one”, said Paul) Rob Townsend on drums and Benny Gallagher. A truly great performance.

Luckily there is a bit of the original Manfred Mann on vinyl. As usual, there are different releases in the U.S. to the U.K. 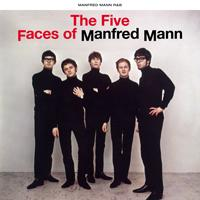 This album, the first one release by H.M.V. in October 1964, a very competitive time for music in the U.K.  contains some classic blues covers, Smokestack Lightning, Sack o' Woe, Hoochie Coochie Mann, I'm Your Kingpin, and others. It went for a very impressive 39 minutes in length, and was described by reviewers as one of the strongest of the invasion albums. 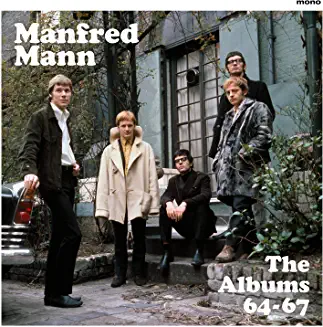 Now, if you are a real fan of Manfred, here is an album to get! A great collection of Manfred Mann Greatest Hits, all the  recordings from 1964 to 1967, apparently put together with the approval of the band.

Here you get the original "Five Faces" album, plus "Mann Made Hits" which does include all the hits, plus extra albums "Mann Made" and "Soul of Mann".  What more could you want? 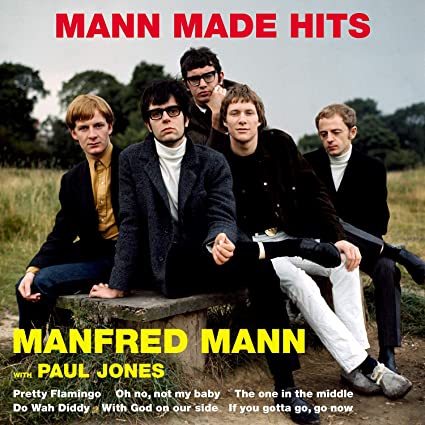 The classic first Manfred Mann album, which was released by HMV in October 1964. A great collection of the original bluesy Manfred Mann.

The Five faces of Manfred Mann 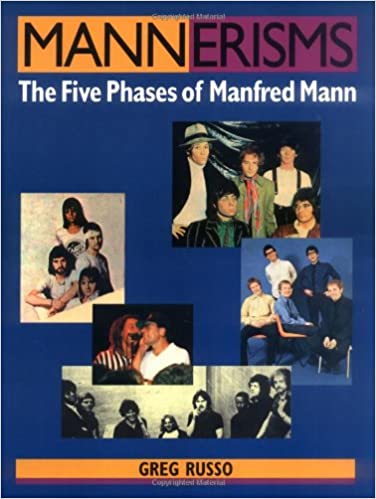 The Five Phases of Manfred Mann, book by Greg Russo

An exclusive and fully authorized biography of MANFRED MANN written by long-time Manfred Mann fan GREG RUSSO, the 275-page "Mannerisms: The Five Phases Of Manfred Mann" guides fans on a three decade journey through the career of one of rock's most respected song interpreters. An excellent history of the band.