Cliff Richard and The Shadows defined the sound of U.K. in the Pre Beatle 60’s 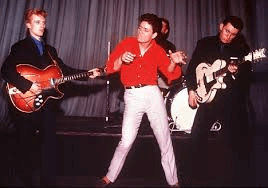 Cliff and his Shadows, with jet Harris, left, Tony Meehan, (hidden behind Cliff) and Bruce Welsh. On the set of Expresso Bongo.

Cliff Richard’s real name is Harry Webb. He changed his name to Cliff Richard, (Cliff suggesting “rock face….like ROCK!) and Richard in honor of Little Richard. He became the lead singer in the Drifters, who soon after several personnel changes, became the Shadows, to avoid confusion with the American group of the same name.

How Cliff Got Together with
his Shadows

The original line up was Ian Samwell on guitar, Terry Smart on drums and Norman Mitham on guitar. None of the other three played with the later Shadows, although Samwell wrote songs for Richard's later career. Cliff’s first hit was “Move It” written by Ian Samuel, apparently while on the bus to a Cliff rehearsal. 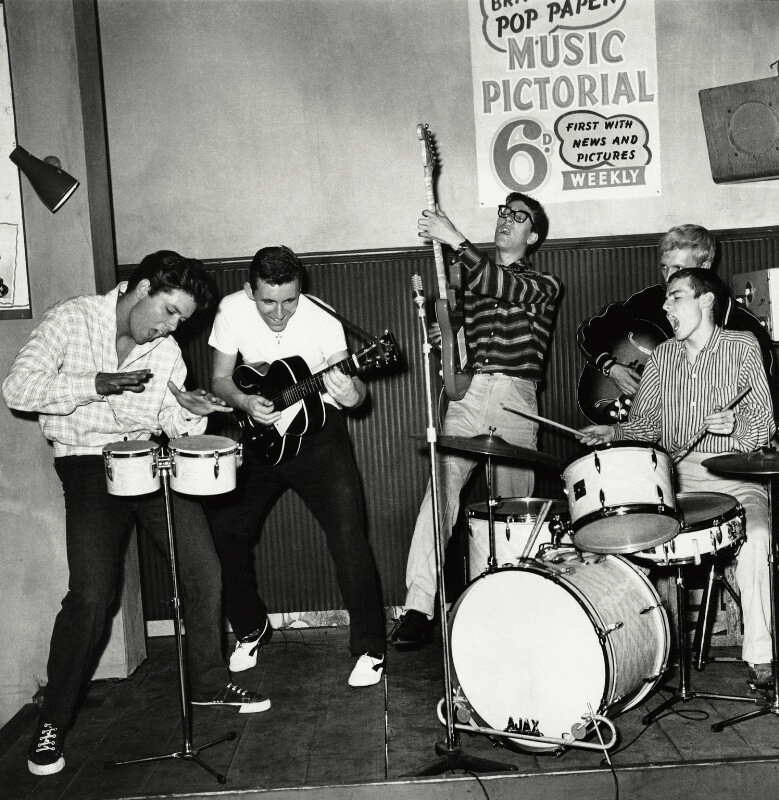 Cliff and the boys get into it!

Cloned as an Elvis style rocker, Cliff scored his first Number 1 in the U.K. with “Living Doll”, a Lionel Bart song in 1959. His first album “Cliff” was recorded in the studio with a live audience, and his first film was “Espresso Bongo” in 1960. Cliff has had 93 chart hits in the UK, and 42 LP hits.

Cliff Richard's 1958 hit "Move It" is widely regarded as the first authentic British rock and roll record, and "laid the foundations" for the Beatles and Merseybeat music. John Lennon said of Richard: "before Cliff and the Shadows, there had been nothing worth listening to in British music". In contrast to contemporaries such as Marty Wilde, Billy Fury and Adam Faith, his successful performing and recording career in the UK has extended over six decades. 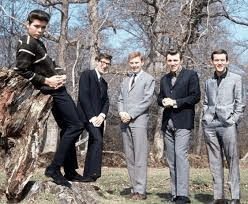 Find out about The Shadows HERE 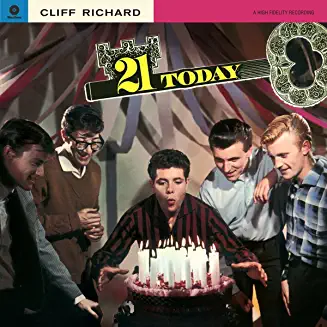