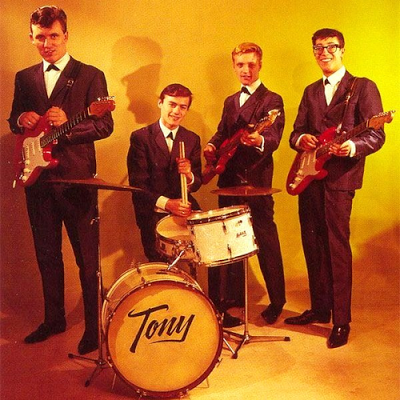 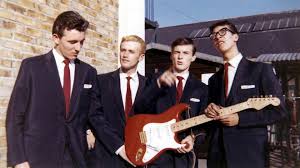 “Apache” went to number 1 on the U.K. charts in1960 and was the forerunner of a sting of classic records over many decades. The Shadows other number 1 hits included “Kon Tiki”, “Wonderful Land” “Dance On” and “Foot Tapper” all between 1961 and 1963.

It was a magic moment when I came home from school one day to find the bright red cover of “The Shadow Greatest Hits” waiting for me. A reward for not failing grade 7!.

The Shadows Line Up Changes 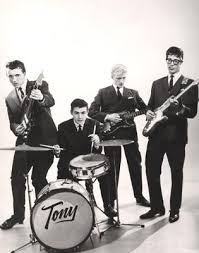 Yet another publicity session, Bruce, Tony, Jet and Hank.

Jet Harris and Tony Meehan had departed by 1962 and had a hit of their own “Diamonds” featuring Jet's bass as lead, and a nice drum solo by Tony Meehan.

And More Lineup Changes For The Shadows 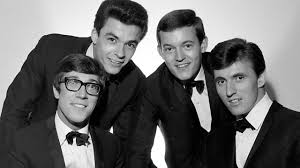 John Rostill, 2nd from left, joins the band with Brian Bennett next to him.

Brian “Liquorice” Locking joined The Shadows on bass; he was then replaced with John Rostill. John remained with the band until his death at 31 in November 1973.

Various bass players have sat it with the Shadows since, including Marc Griffith, formerly of Mathews Southern Comfort. Brian Bennett became the drummer and is with them to this day. Strangely, I still think of Brian as "the Shadows new drummer"!

How many years has he been there? 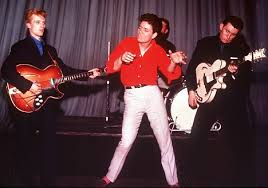 The Shadows backed Cliff Richard on all his hit records, and appeared in the films “Wonderful Life”, “The Young Ones” and “Summer Holiday”. 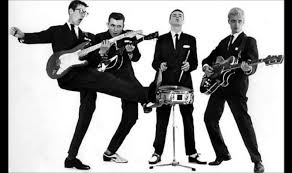 How often have you heard a Shads classic on the radio, and thought….”ah, great tune this……is it “36-24-36”? Is it” The Frightened City”? Maybe its “The Savage”? Its not that they all sound the same, sure they all sound like the Shadows, but there are so many of them. And, speaking of names, how about some of their tune’s names?

The Shadows on Vinyl 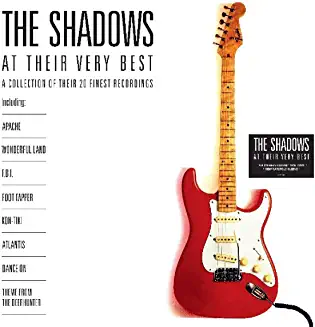 The Shadows Very Best is a collection of all the bans greatest recordings. It has "Apache", "Man Of Mystery", "The Boys" and "The Savage". Twenty classic tracks in all.

Get The Shadows at Their Very best HERE 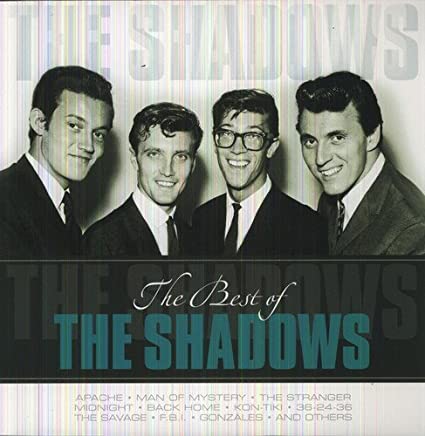 The Shadows Best Of. Or you could try this similar album. 18 tracks with "See You In My Drums" "Frightened City" and others.

Grab them both while you can!

Grab The Shadows Best Of HERE