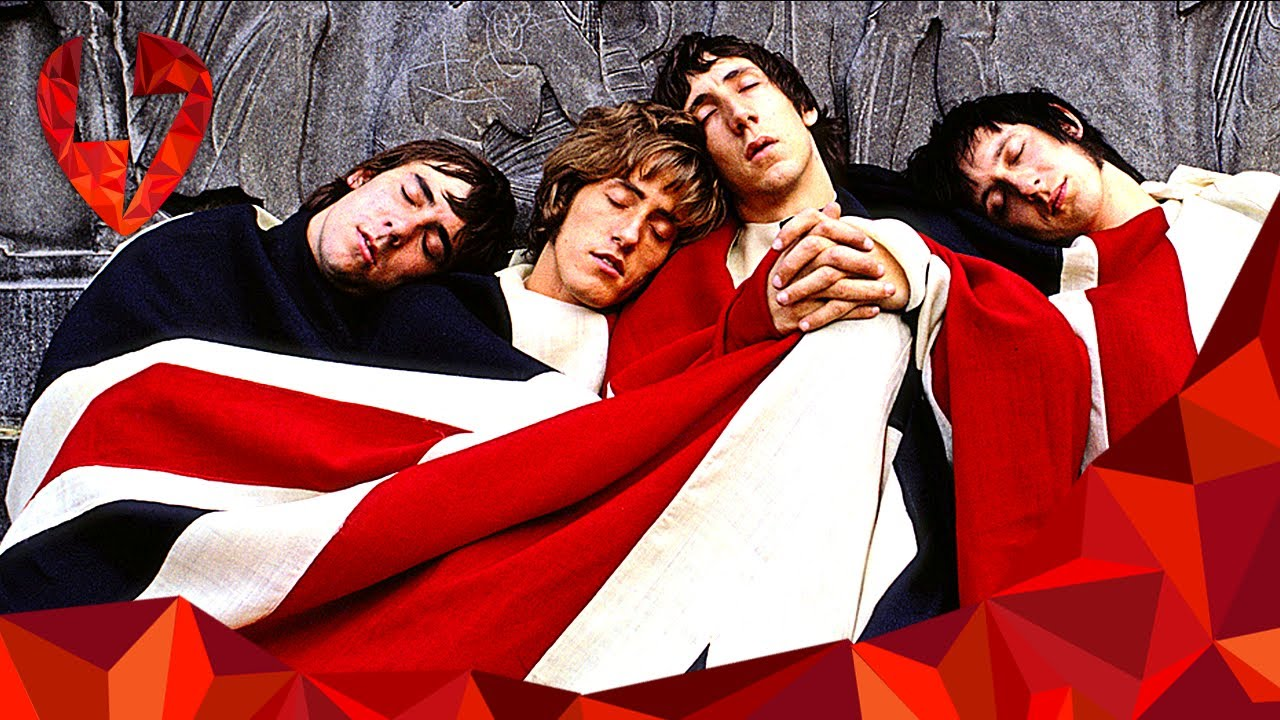 The Who, the Mods of the 60's in a popular promotion shot. From left, Keith, Roger, Pete, and John.

THE Mod group of the 60’s, and probably the most prominent band of the 60’s after The Beatles and Stones, The Who were a vehicle for leader and guitarist Pete Townshend’s musical ideas.

The band included Townshend, bass player John Entwistle, and drummer extraordinaire Keith Moon. Coming from London, Entwistle and Daltrey  were schoolfriends and played in a band called The Detours in 1960. 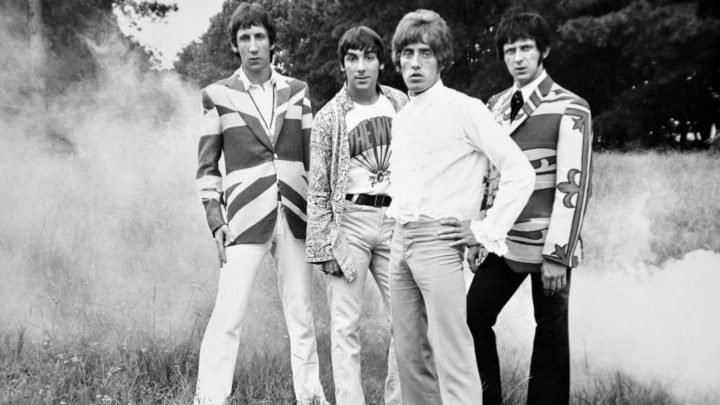 Joined by Townshend in ’63 from art school, (did any musician in this era not go to art school?) they changes their name to High Numbers, a reference to Mod pecking order. Moon joined soon after, the previous drummer, Doug Sanders, apparently being to old for their mod image. A single, “I’m The Face” bombed and towards the end of 1964, a couple of aspiring managers, Kit Lambert and Chris Stamp, hearing the band at the Railway Hotel, took them over.                 These two mangers were far from Mods, they changed the name two the Who, encouraged Townshend to write, and Daltrey to continue as lead singer and centre of attention.

Stamp thought it would be easier to be a success if the band behaved as if they were already successful. Therefore, despite rarely going to a shop, it was state the members spent 50 pound a week on clothes. Townshend’s guitar smashing was called “auto-destruction”, the Union Jack attire” Pop-Art”, all part of the publicity. Very Successful publicity. 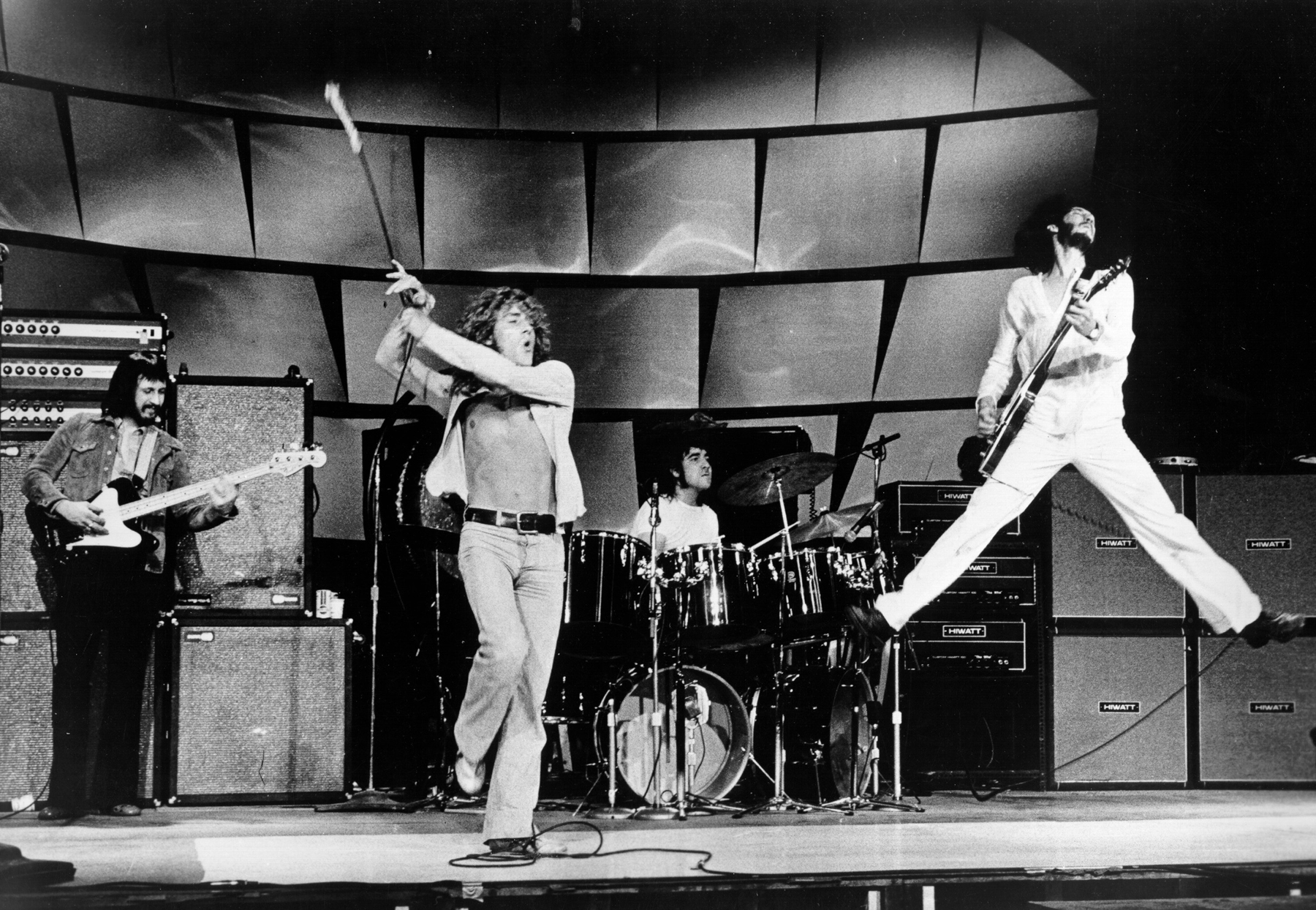 Exploding in typical Who style. John his passive self, Roger in a windmill swing, Keith frantic behind the kit, and Pete ,mid air with a power chord.

The Who Break Through 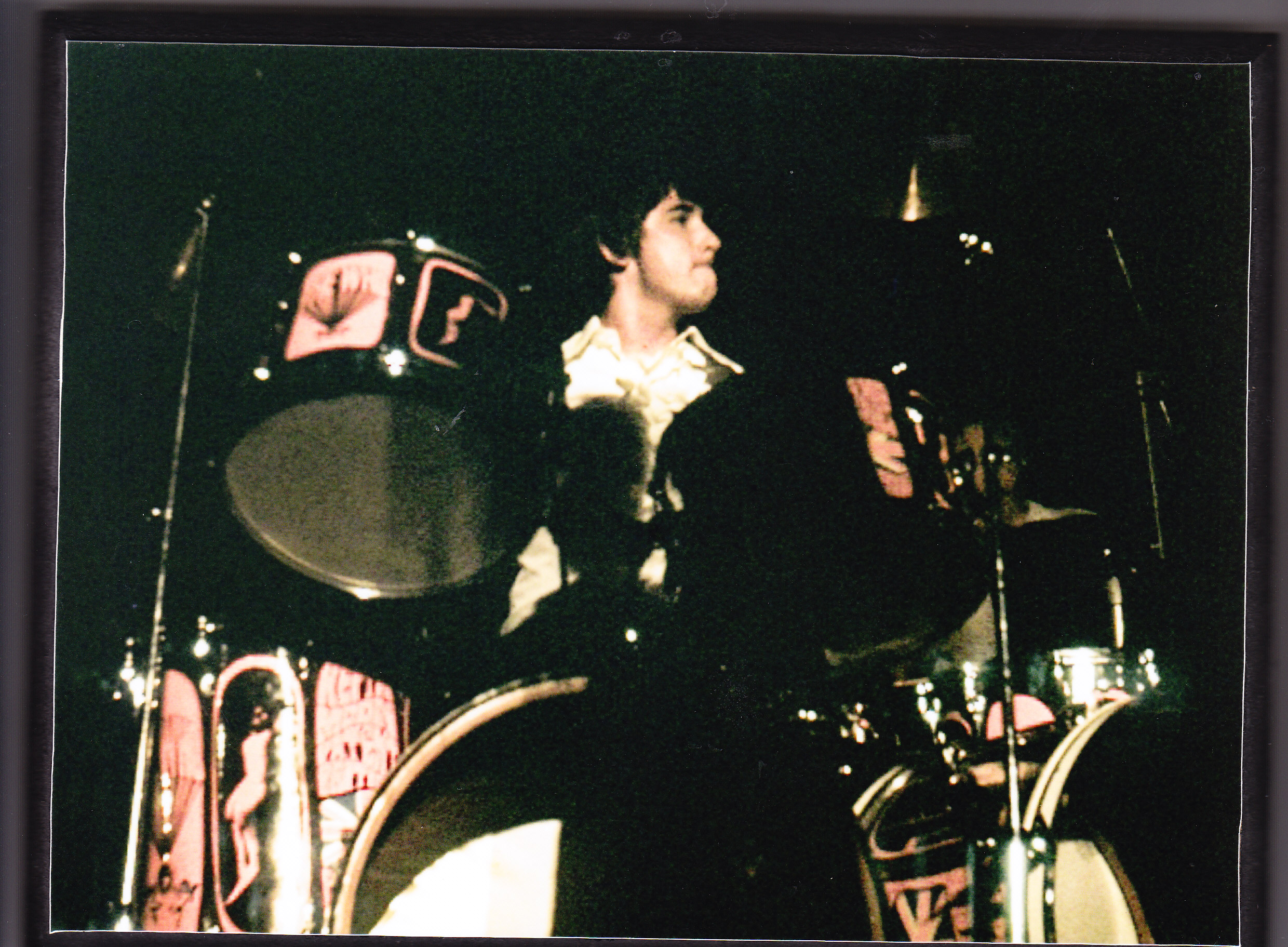 Keith Moon, with his custom "Genuine English Drummer" kit at Centennial Hall, Adelaide, January 27 1968. The Small Faces were on the same show.

I  was lucky enough to see the Who in Adelaide in January 1968. Along with The Small Faces and Paul Jones, they played at Centennials Hall, and although I was not a fan of guitar smashing, it was a great show. At this time “The Who Sell Out” was being released and was their last chart entry until “Tommy” the classic album of 1969.

On 6 September, Moon attended a party held by Paul McCartney to celebrate Buddy Holly's birthday. Returning to his flat, Moon took 32 tablets of clomethiazole which had been prescribed to combat his alcohol withdrawal. He passed out the following morning and was discovered dead later that day.

The band recruited Kenny Jones from the Small Faces to fill the drum seat, and in later years Zac Starkey, (yes, his father was also a drummer!)

The Who Discography on Vinyl 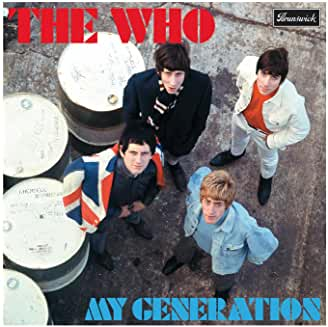 A great album, The Wo's first L.P. 12 tracks including "My Generation", "The Kids Are Alright: and "A Legal Matter" Released in December '65 it got to No.5 in the U.K. 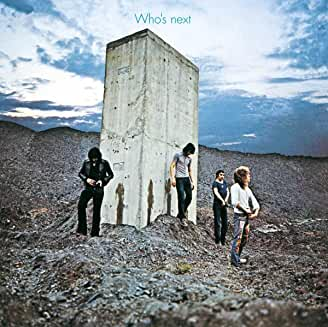 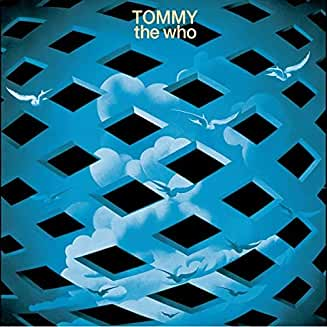 is the he original Rock Opera album, this is the Who's 4th studio album  released in May 1969. In the UK it reached No.2 on the charts, and on Billboard No. 4. A double album with 24 tracks in received a mixed reaction by critics, but was named in 2003 by Rolling Stone Magazine at number 96 in their Greatest 500 albums of all time. "Uncut" wrote that the album "doesn't quite realize its ambitions, though it achieves a lot on the way"

Mark Kemp, writing in The Rolling Stone Album Guide (2004), felt that "in retrospect, Tommy isn't quite the masterpiece it was originally hyped to be", suggesting The Who Sell Out was better, though because of Townshend, it produced several "bona fide classic songs.

Some of those classics include "Pinball Wizard", "I'm Free" "Were Not Gonna Make It". It's a classic album. 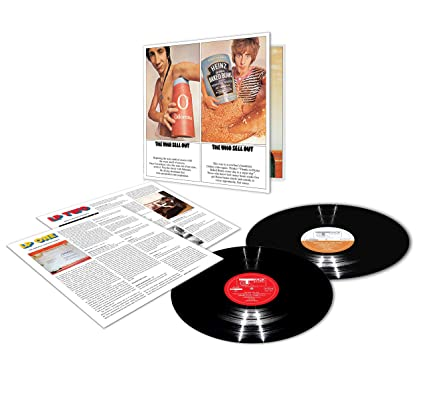 "The Who Sell Out", double album collectors edition.       One of the most extraordinary albums of any era – it’s The Who’s last ‘pop’ album. Two years later came Tommy – a double concept album about a deaf, dumb and blind kid…Side one is the original "Sell Out" album, side two includes "Pictures of Lilly", "The Last Time" "I can see for Miles" , forteen tracks in all. A great Who collectors item. 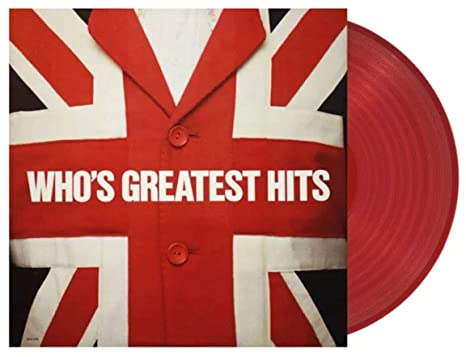 The Greatest Hits Album.             Every band has a Greatest Hits album. The Who's greatest hits album is a beauty. "My Generation", "Substitute", "Pinball Wizard" and "who Are You" are there. 14 great tracks. 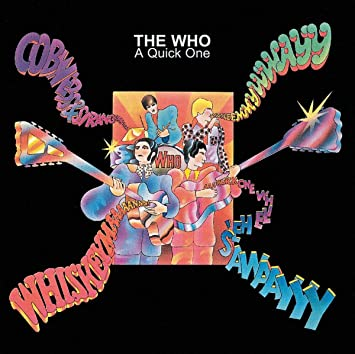 The Who "A Quick One" is the bands second studio album, released in the UK in December 1966. The U.S. added "happy jack" to the album in '67 which became a hit. All members of the band contributed to the writing on the L.P., and it included the forerunner of the rock opera, "Lets have a Quick One While He's Away

The Who On Tour! 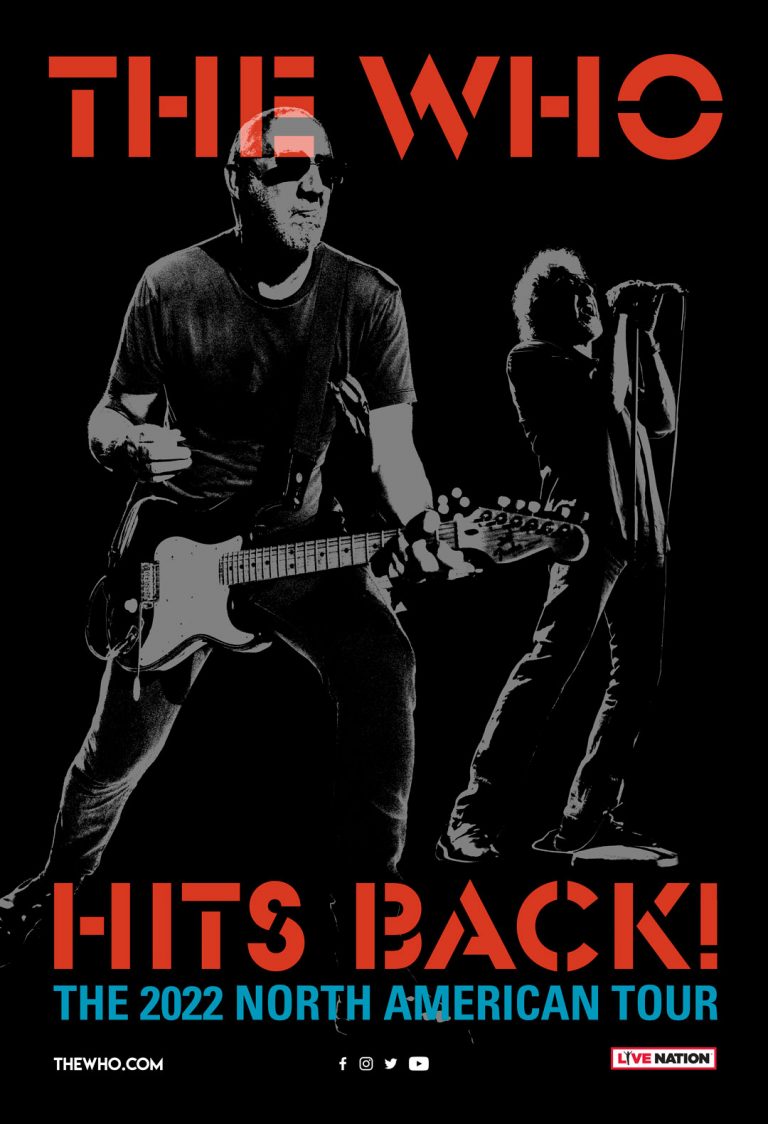 The Who are hitting most of the cities they were set to play in 2020 with multiple new stops, including shows in New Orleans, LA at the New Orleans Jazz Festival on April 30, a much-anticipated performance at New York City’s Madison Square Garden on May 26 and a long-awaited return to Cincinnati after an absence of 43 years. After a summer break, The Who will continue in the fall, including stops in Chicago, IL at United Center on October 12, and in Los Angeles at the Hollywood Bowl on November 1. The Who Hits Back! Tour winds down with two shows in Las Vegas, NV on November 4 and 5 at Dolby Live.

The Who, "Wont Get Fooled Again"

The  Who at Woodstock

The Who, at their absolute zenith! 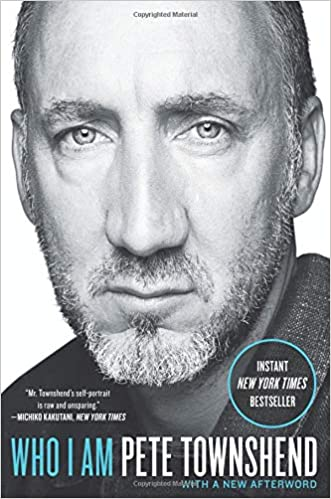 Pete Townshend's memoir, 'Who I Am. ... His long-awaited memoir is intensely intimate, candid to the point of self-lacerating. It's a rock god opening up his most human frailties. Throughout the book, Townshend makes himself uncomfortably vulnerable, especially in his deeply saddening memories of childhood sexual abuse.

Good interview with Roger Daltry on performing at Woodstock