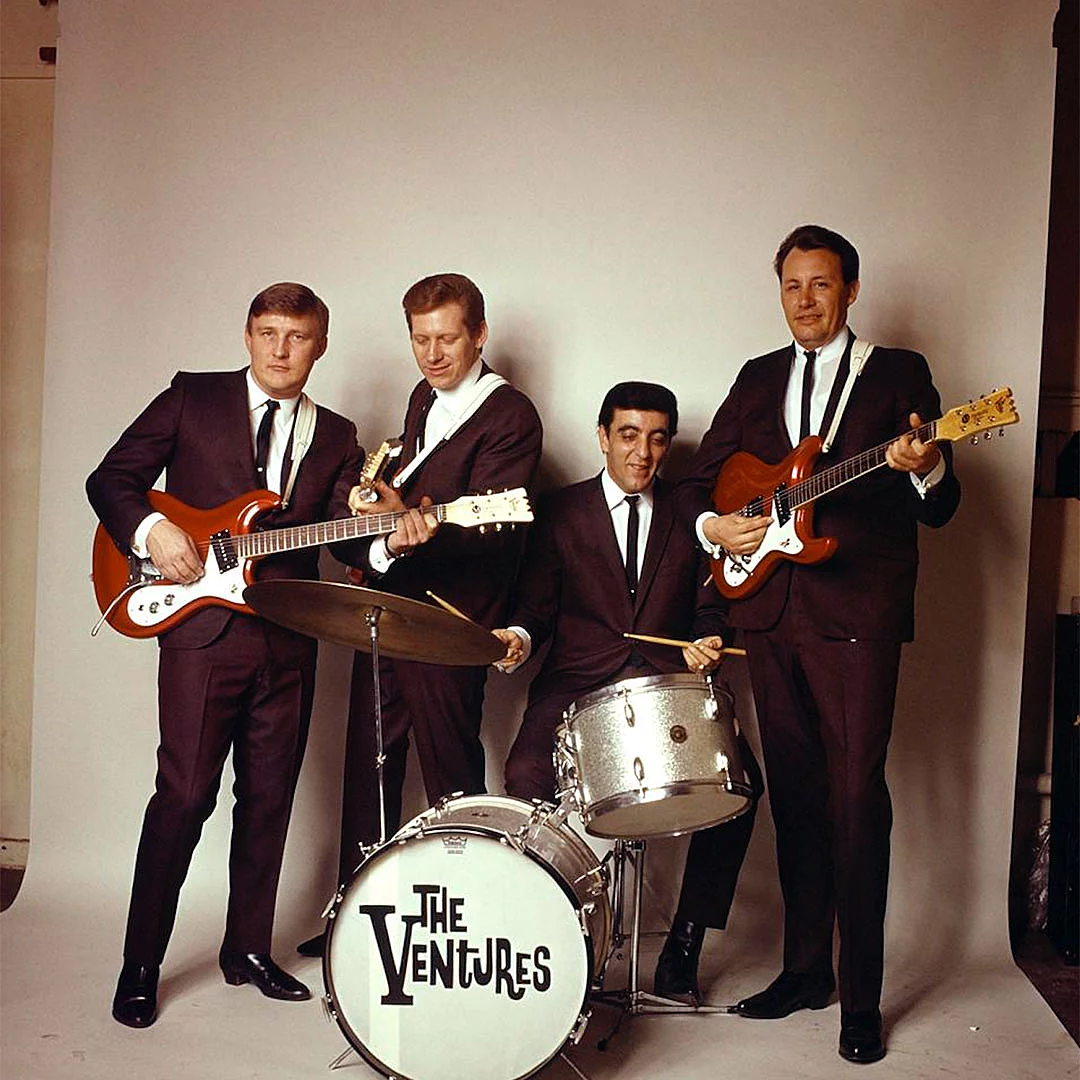 One of the first photo shoots for the Ventures. The influence was an important feature of 60's music.

The Ventures helped to popularize the electric guitar around the world !

They pressed their own recording of “Walk Don’t Run” themselves and posted it off to some radio stations in Seattle. Dolton Records picked it up and it got to No. 2 in the U.S. Charts.

Skip Moor left to work in his family’s business, and eventually Howie Johnson settled behind the drum kit.. 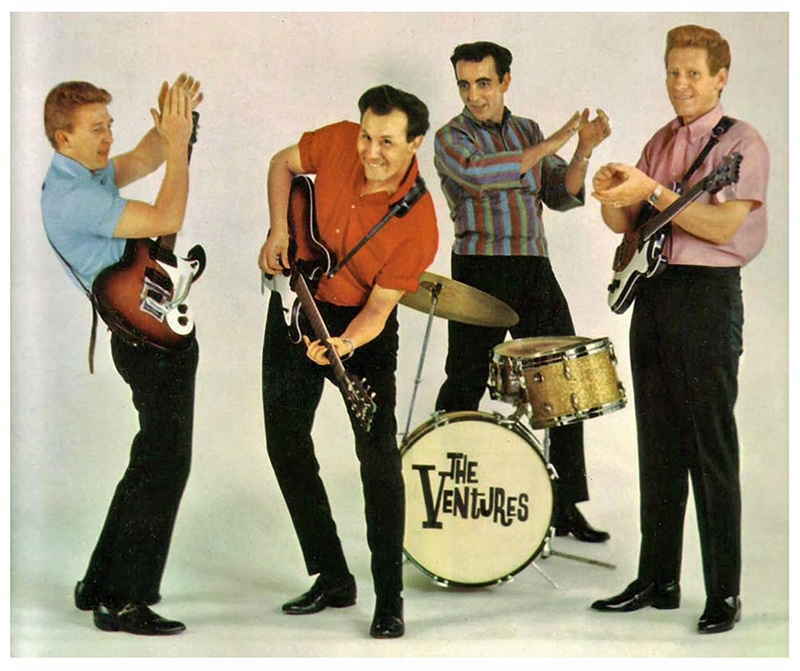 From there, the Ventures stuck to Albums, compiling a massive 50 plus by the end of 1973.

Always very popular in Japan where they were made members of the Conservatory of Music.

In 1961,it was suggested that Bogle's lead guitar abilities were being stretched, and that they were in essence wasting Edwards' ,a talented guitarist, talents by keeping him on bass. Bogle agreed, and rapidly learned the bass parts to all their tunes, allowing Edwards to take lead guitar full-time, although he had played lead previously on several tracks on their first studio sessions/albums. This move would prove vital in modernizing the band's sound, ensuring success in an ever-changing market well into the late 1960s.

In 1957, Johnson had been injured in an auto crash, which caused irreversible spinal damage. This forced him to play with a neck brace at first but was able to play without it shortly after joining the group. Johnson played on the first four LPs and recorded on about half of the tracks on the fifth LP (Twist with the Ventures/Dance!) and about half of their sixth LP (Twist With The Ventures Vol. 2/Beach Party). He did not like spending so much time away from his new family (his second marriage) by having to commute from Seattle to Los Angeles to record, and because of this, he left the band. Johnson continued to play locally in the Washington area with local groups until his death on May 5, 1988, at age 54.

The Ventures have had an enduring impact on the development of music worldwide. The Ventures were among the first to employ and popularize fuzz and tremolo guitar effects, different from the majority of bands at the time, and twelve-string guitars in rock music. Their instrumental virtuosity, innovation, and unique sound influenced many musicians and bands, earning the group the name "The Band that Launched a Thousand Bands". Their recording of "Walk, Don't Run" was inducted into the Grammy Hall of Fame for its lasting impact, and in 2008 the group was justly inducted into the Rock and Roll Hall of Fame

The Ventures On Vinyl 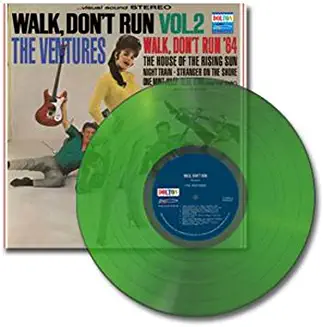 The Ventures "Walk Don't Run Volume 2"was released by Dolton in in August 1964, the bands 16th album. It featured the re recorded version of "Walk Don't Run" which became a top 10 ten hit for them for the second time. The cover featured the band with Don Wilsons wife, Nancy Bacon.  Released in August 1964 it was another hit LP reaching No. 17 on Billboard, and 18 on Cashbox.  Again 12 tracks including the new "Walk Don't Run" and The Ventures arrangement of Brahms "Hungarian Dance " called "Rap City"

An Amazing Version of Wipe-Out!