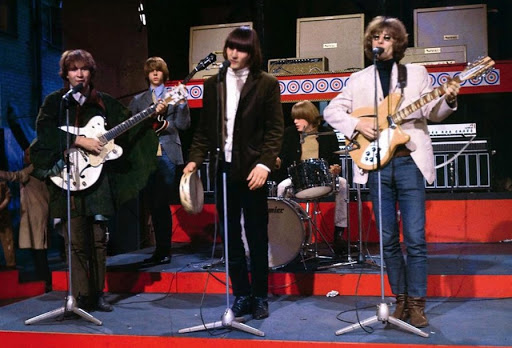 The Byrds helped put American music back in the charts

Getting together  in Los Angeles, California in 1964, they underwent multiple line-up changes throughout its existence, with front man Jim McGuinn remaining the sole consistent member Although their time as one of the most popular groups in the world only lasted for a short period in the mid-1960s, the Byrds are today considered by critics to be among the most influential rock acts of their era Their signature blend of clear harmony singing and McGuinn's jangly twelve-string Rickenbacker guitar, (bought after seeing George Harrisons 12 string Rickenbacker) was "absorbed into the vocabulary of rock" and has continued to be influential. 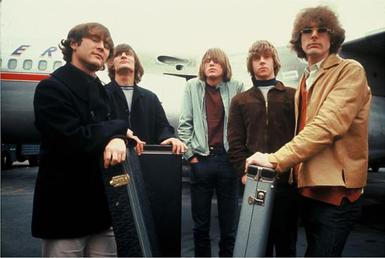 The Byrds Ever-Changing Line Up

All members were experienced musicians, except for drummer Clarke, but he looked good with a Beatle haircut, so he was in!

Trying to keep track of their personnel changes is challenging, with many changes over the coming years. Some of these include, as well as the five mentioned: Kevin Kelly, (Drums 1968) Gram Parsons,    (Guitar Keyboards 1968), Clarence White,(Lead Guitar,  Vocals, 1968-1973), Gene Parsons, (drums, harmonica, guitar, vocals, 1968-1972), John York,(Bas, vocals), and Skip Battin, (Bass vocals, 1969-1973). That’s not band persistency from Roger McGuinn, the only consistent member. 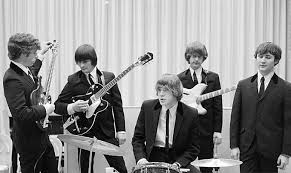 Chart Success For The Byrds

On January 20, 1965, the Byrds entered Columbia Studios in Hollywood to record "Mr. Tambourine Man" for release as their debut single on Columbia. Since the band had not yet completely gelled musically, McGuinn was the only Byrd to play on "Mr. Tambourine Man" and its Clark-penned B-side, "I Knew I'd Want You". Rather than using band members, producer Terry Melcher hired a collection of top session musicians, retroactively known as the Wrecking Crew, including Hal Blaine (drums), Larry Knetchel (bass), Jerry Cole (guitar), and Leon Russell (electric piano), who (along with McGuinn on guitar) provided the instrumental backing track over which McGuinn, Crosby and Clark sang. By the time the sessions for their debut album began in March 1965, Melcher was satisfied that the band was competent enough to record its own musical backing.

“Mr. Tamborine Man” was a huge hit for the band, reaching No. 1 in the U.S., and the U.K. Here in Adelaide in also reached the No. 1 spot, although there seemed to be more interest in Bob Dylan than the Byrds for a while.

Biblical “Turn Turn Turn” followed, (Pete Seeger song) made No.10 in U.S.A., and marked a switch from efforts going into singles to albums.

Album sales were not spectacular, but many of those albums still sell steadily today. 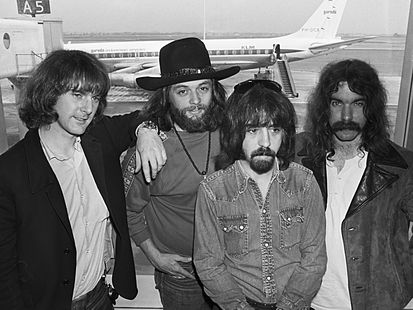 The Byrds Albums on Vinyl

There is still a good selection of Byrds albums available on vinyl. One can get a taste of the various line ups buy getting the first album, "Mr. Tambourine Man" and one of the greatest hits L.P's.