Status Quo, the band that went from psychedelic to boogie...and won!

Status Quo can be summed up in one word, EXCITEMENT!

I have been lucky to have seen them twice, and what a show! Formed in England in 1962 by friends Francis Rossi and Alan Lancaster the Quo have compiled over 100 singles, and 33 albums. They have had over 60 chart hits, and 22 top ten entries. They have appeared on Top of The Pops more than any other band and appeared at Wembley more than any other band. This includes their opening of the Live Aid concert in 1985.

So, how did all this come about? 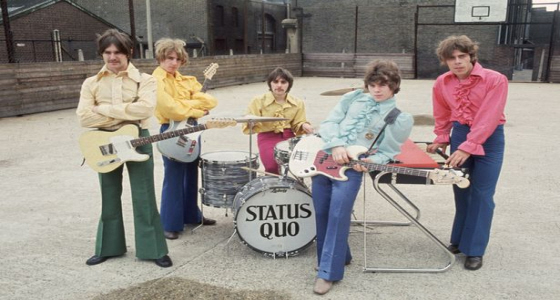 The start came in early 1962 when two schoolfriends Francis Rossi and Alan Lancaster decided to form a band. Originally, they were called The Scorpions with classmates Jess Jaworski (keyboards) and Alan Key on drums. He was replaced by John Coghlan in 1963. They became The Spectres for a while, with Roy Lyons taking over on keyboard in 1965.

As the Spectres they had a contract with Piccadilly Records releasing a few unsuccessful records.

At the end of 1965 Francis met Rick Parfitt who was working with a cabaret band called The Highlights. They began writing together and at the end of 1965 he joined the band, and they became Status Quo. 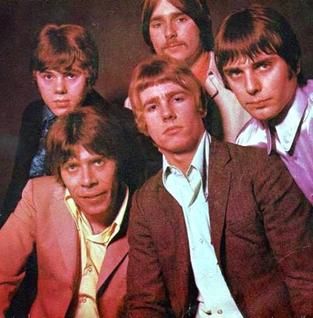 In 1968January the band released the psychedelic-flavoured "Pictures of Matchstick Men", written by Parfitt, that became an immediate hit. It reached number 7 in the U.K. and even hit the U.S. top 100 ay no. 12. This was to be their most successful U.S. record.

The next single, "Black Veils of Melancholy" did not dent the chars, but later the same year, the Marty Wilde song “Ice In The Sun” became the bands second hit, getting to No. 8 in the U.K.

At this point, Bob Young was brought in as road manager and tour manager, as well as playing harmonica on both live and on albums. Leo Lyons also departed at this point, being replaced on stage by Andy Bown from the Herd. 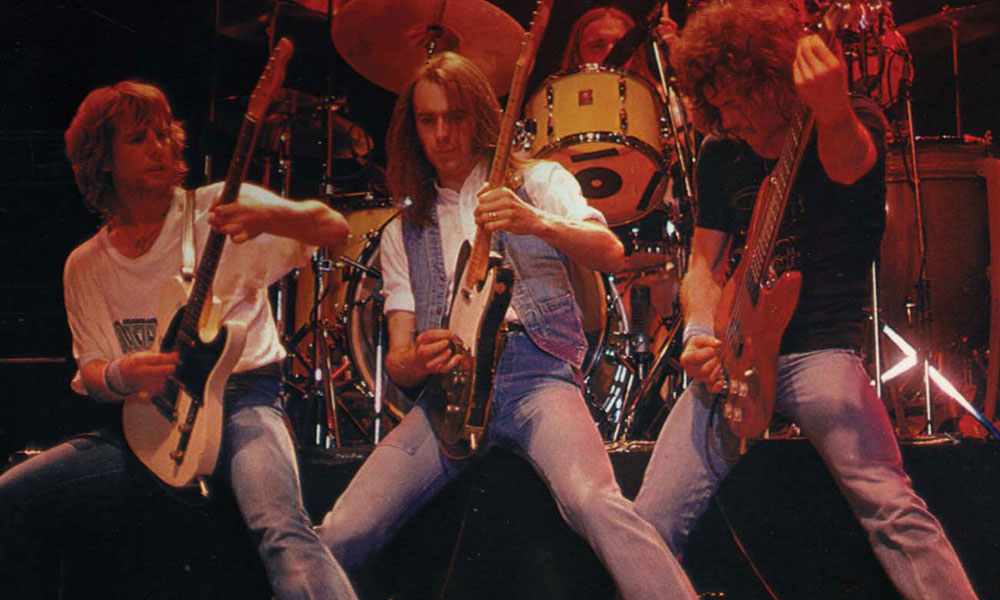 The Quo getting down and boogying: their new look!

The band signed with the progressive Vertigo label in 1971. After the success of “Pictures” and “Ice” a couple of albums failed to dent the charts, and a move to the heavy rock flavoured Vertigo led to a major breakthrough.

They abandoned the glitter and psychedelic look for jeans and t-shirts and hard rocking boogie. They went for the hair over the guitar look and the 5 o’clock shadow. And it worked!

The first album for Vertigo was “Piledriver” a hard rock album that put Quo back on the charts. 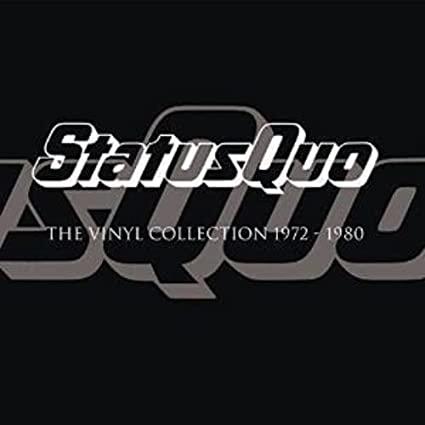 So, if you have NO Status Quo at all in tour collection, this could be for you! Eleven, yes ELEVEN of Quo's finest work from 1973 to 1980. Here you will have the albums "Piledrive" the album that got them into the denim boogie look,  "Quo", "On The Level", (featuring "Down Down") "Blue For You", "Quo Live", "Rockin' All Over The World" (naturally featuring that single), 'If You Can't Stand The Heat", "Whatever You Want" and "Just Supposin". What more could you want? 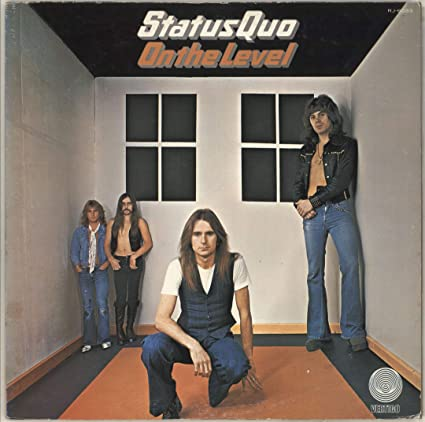 ﻿"On The Level" ﻿ album number eight for the Quo, coming out in February 1975. The single "Down Down" is on the record, the bands first number one record in the U.K. All songs were written by the band and Bob Young, except "Bye Bye Johnny" a Chuck Berry song. 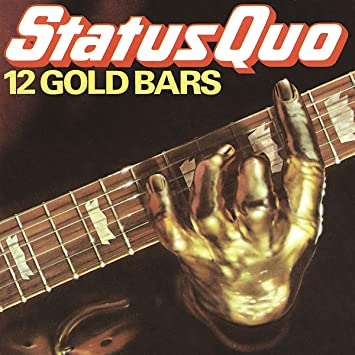 Classic listening, will liven up any party!

Mind you they would never have been otherwise! Wembly Stadium, the Africa Benefit, 1985