The Everly Brothers, known for their steel-string acoustic guitar playing and close harmony singing, consist of brothers Isaac Donald "Don" Everly (born February 1, 1937) and Phillip "Phil" Jason Everly (January 19, 1939 – January 3, 2014). The duo was raised in a musical family, first appearing on radio singing along with their father Ike Everly and mother Margaret Everly as "The Everly Family" in the 1940s. When the brothers were still in high school, they gained the attention of prominent Nashville musicians like Chet Atkins, who began to groom them for national attention.

They began writing and recording their own music in 1956, and their first hit song came in 1957, with "Bye Bye Love", written by Felice and Boudleaux Bryant. The song hit No. 1 in the spring of 1957, and additional hits would follow through 1958, many of them written by the Bryants, including "Wake Up Little Susie", "All I Have to Do Is Dream", and "Problems". In 1960, they signed with the major label Warner Bros. Records and recorded "Cathy's Clown", written by the brothers themselves, which was their biggest selling single. The brothers enlisted in the United States Marine Corps Reserve in 1961, and their output dropped off, though additional hit singles continued through 1962, with "That's Old Fashioned (That's the Way Love Should Be)" being their last top-10 hit. 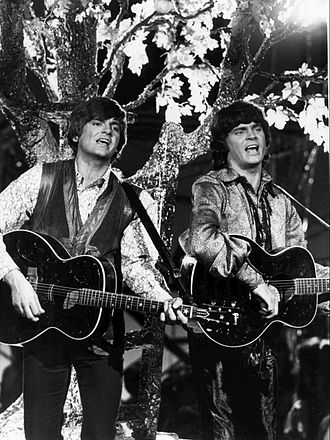 The group was highly influential on the music of the generation that followed it. Many of the top acts of the 1960s were heavily influenced by the close-harmony singing and acoustic guitar playing of the Everly Brothers, including the Beatles, the Beach Boys, the Bee Gees, and Simon & Garfunkel. Rolling Stone ranked the Everly Brothers No. 1 on its list of the 20 Greatest Duos of All Time. They were inducted into the Rock and Roll Hall of Fame as part of the inaugural class of 1986, and into the Country Music Hall of Fame in 2001. Don was inducted into the Musicians Hall of Fame and Museum in 2019, earning the organization's first Iconic Riff Award for his distinctive rhythm guitar intro to the Everly's' massive 1957 hit “Wake Up Little Susie”

The Everly Brothers on Vinyl 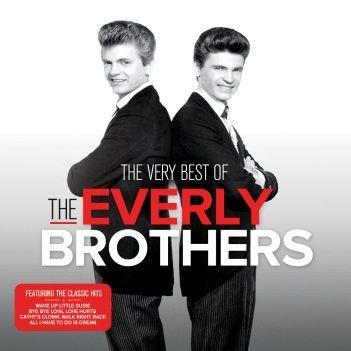 An excellent collection of the Everly's hits. Not sure if some of the Early Cadence stuff has been re-recorded, but still has a good selection. Tracks include "Love Hurts", "Walk Right Back", "Bye Bye Love" and "Till I Kissed you". There are 31 tracks in all, so it is good value.

Get The Very best Of The Everly Brothers Here!