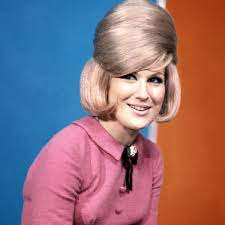 One of the best voices of her generation, Dusty Springfield's career spanned over 5 decades. Born Mary Isobel Catherine Bernadette O’Brien, Dusty was first noticed singing with her brother Tom, and Mike Hurst in The Springfields. They had a couple of hits with “Island of Dreams” (No. 5 UK) and their biggest, “Silver Threads and Golden Needles” that made No. 29 UK and 20 in the USA.

Dusty went solo in 1963 and had an immediate hit with the up tempo “I Only Want to Be With You”. Preceding Beatlemania the song reached No. 4 in the UK during an 18 week run, and No 12 USA.

Dusty was a keen advocate of the Motown music, and one of the few white singers who sound convincingly black. Her albums “A Girl Called Dusty” and “Everything’s Coming Up Dusty” 64-65 were representative of this. Between 1964 and 1969 Springfield hit big in her native Britain with several singles which in America either failed to chart or were not released, among them "I Just Don't Know What to Do with Myself", "Some of Your Lovin'", "Goin' Back" and "I Close My Eyes and Count to Ten". Conversely, she charted in the US (but not in the UK) with hits including "Wishin' and Hopin' ", "The Look of Love" and "The Windmills of Your Mind".

Switching to Atlantic from Phillips in 1969, Dusty recorded “Dusty In Memphis” some say her finest album

Between 1971 and 1986, Springfield failed to register a hit from five album releases (aside from a minor 1979 UK chart appearance), but her 1987 collaboration with UK synthpop duo the Pet Shop Boys, "What Have I Done to Deserve This?", took her back to the top of the charts, reaching no. 2 on both the UK singles chart and Billboard's Hot 100. The collaboration also yielded two 1989 UK Top 20 hits: "Nothing Has Been Proved" and "In Private". In 1990, Springfield charted with “Reputation” – the last of 25 Top 40 UK hits in which she features. 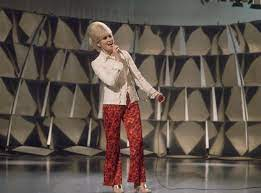 In January 1994, while recording her penultimate album, A Very Fine Love, in Nashville, Tennessee, Springfield began feeling ill. When she returned to England a few months later, her physicians diagnosed her with breast cancer. She received months of chemotherapy and radiation treatment, and the cancer was found to be in remission. In 1995, in apparent good health, Springfield set about promoting the album, which was released that year. By mid-1996, the cancer had returned, and despite vigorous treatments, she died in Henley-on-Thames, Oxfordshire, On 2 March 1999, several weeks before her 60th birthday.

Of the female singers of the British Invasion, Springfield made one of the biggest impressions on the US market, scoring 18 singles in the Billboard Hot 100 from 1964 to 1970 including six in the top 20. The music press considers her an iconic figure of the Swinging Sixties. Quentin Tarantino caused a revival of interest in her music in 1994 by including "Son of a Preacher Man" on the Pulp Fiction soundtrack, which sold over three million copies. In that same year, in the documentary, Dusty Springfield: Full Circle, guests of her 1965 Sound of Motown show credited Springfield's efforts with popularizing US soul music in the UK. 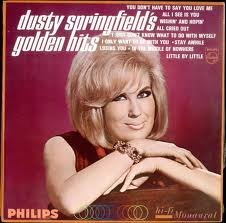 If you are looking for all the hits in one package, Dusty Springfields Golden Hits is the answer. This Philips album was released in 1966 and got to No. 2 on the U.K. charts.12 songs including "I Only Want to Be With You", "All Cried Out" and "I Just Don't Know What To Do With Myself".