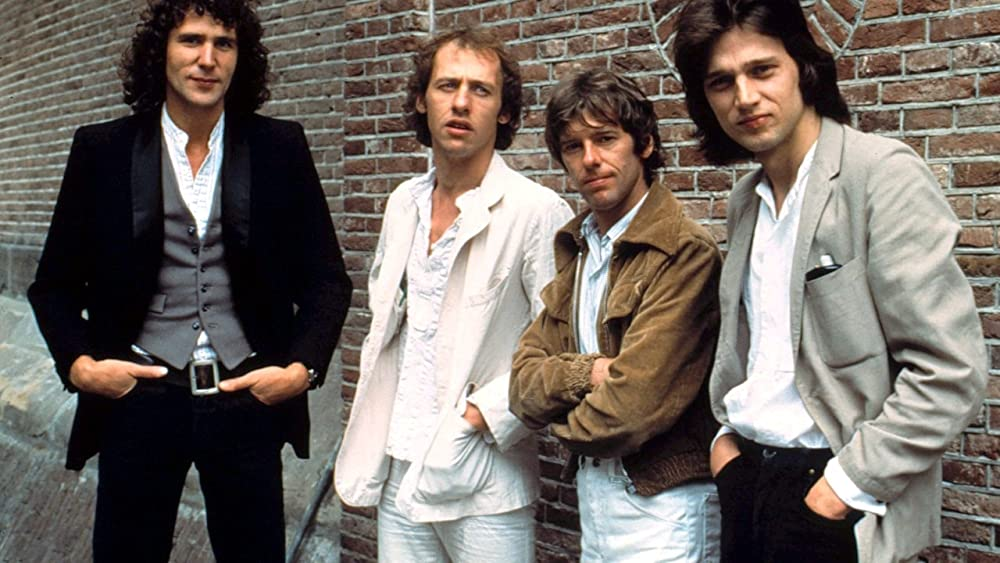 Dire Straits formed in Deptford, South London. Bassist John Illsley was sharing a flat with David Knopfler in the late 70’s. One late evening he returned home to find a man stretched out on his back with a guitar around his neck, sound asleep.

This was David Knopfler’s brother, Mark Knopfler, they had been jamming together. So began one of one of England’s finest bands.

Drummer Pick Withers, known to Mark,  was already a 10-year music business veteran, having been a session er for Dave Edmunds, Gerry Rafferty, Magna Carta and others through the 1970s; he was part of the group Spring, which recorded an album for RCA in 1971. At the time of the band's formation, Mark was working as an English teacher, Illsley was studying at Goldsmiths' College, and David was a social worker. Mark and Withers had both been part of the pub rock group Brewers Droop at different points in and around 1973.

Dire Straits Get Their Big Break! 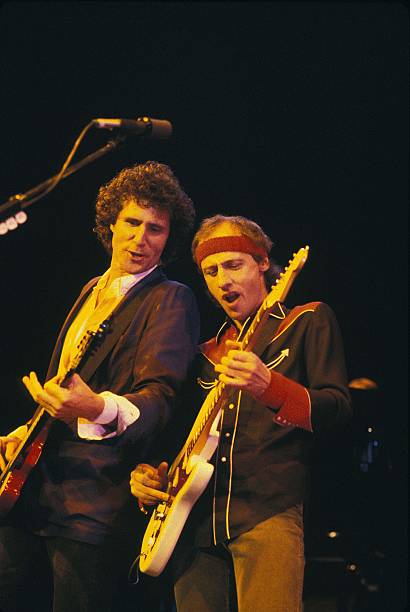 Giving 100% on stage as they always did. Big John Illsey and Mark Knopfler the two that lasted in Dire Straits.

Their big break came when a track from the 5-song demo to DJ Charlie Gillett. This demo disc had already been knocked back by MCA, so the band were just looking for a bit of advice. But Charlie was impressed by the music (The demo included “Sultans of Swing", as well as "Water of Love" and "Down to the Waterline") that he gave “Sultans” a spin on his radio show “Honkey Tonk”.This resulted in a recording contract being signed with Vertigo records, a division of Phonogram.

Then, in February 1978 their debut album “Dire Straits” was released. Totally different to the prevailing punk heavy rock trend at the time, this album was more JJ Cale influenced. Marks finger picking guitar style quickly made him the most celebrated British guitar man since Eric Clapton. 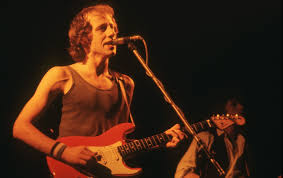 Live on stage in the early days of Dire Straits, Mark and brother David Knopfler

“Sultans” reached No. 8 in the UK and 4 in the USA and is considered by many to be their ultimate achievement.

Recording sessions for the group's second album, “Communiqué”, took place in December 1978 at Compass Point Studios in Nassau, Bahamas. Released in June 1979, Communiqué was produced by Jerry Wexler and Barry Beckett and went to No. 1 on the German album charts, with the debut album Dire Straits simultaneously at No. 3. In the United Kingdom, the album peaked at No. 5 in the album charts. Featuring the single "Lady Writer", the second album continued in a similar vein to the first and displayed the expanding scope of Knopfler's lyricism on the opening track, "Once Upon a Time in the West". In the coming year, however, this approach began to change, along with the group's line-up. 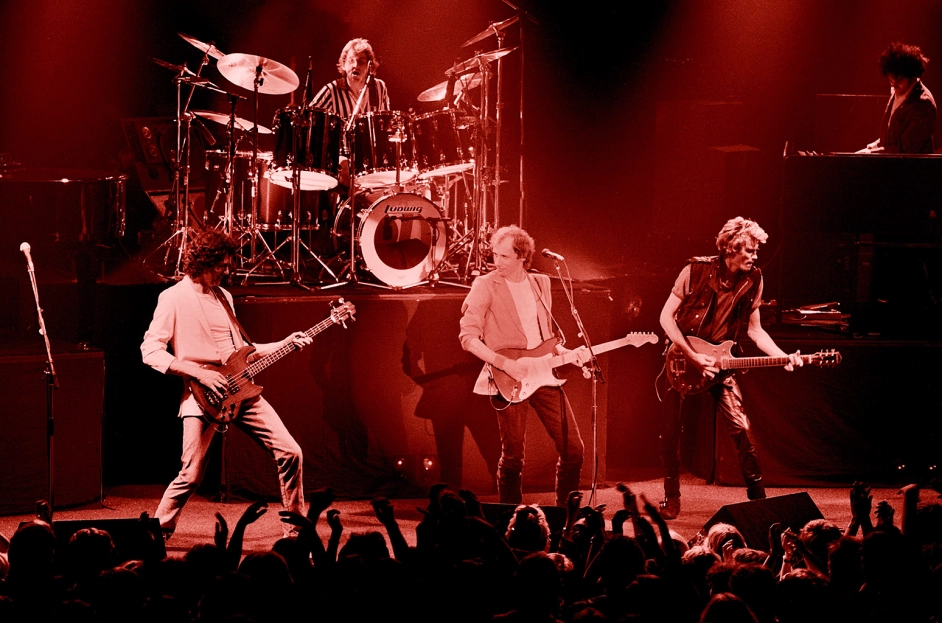 The new boy steps in! On stage with Dire Straits Hal Lindes on the right

The pressure began to tell, and during the recording of the bands third album, “Making Movies”, being recorded in Power Station New York, David Knopfler departed and headed home. His last conversation with John Illsey being, "It wasn't supposed to be like this!"

Making Movies received good reviews and featured longer songs and more complex arrangements, a sign of things to come for the rest of the band's career. The biggest hit single of the album was "Romeo and Juliet" (number 8 in the UK Singles Chart). Although, "Solid Rock" was featured in all Dire Straits' live shows from this point on it was not released as a single. Although "Tunnel of Love" only reached the position of No. 54 in the UK when released as a single in 1981, it remains one of Dire Straits' most famous and popular songs, featuring the E Street bands keyboard player Roy Bittan . "Making Movies" stayed in the UK Albums Chart for five years, peaking at No. 4

Settling the New Members In

So, for Dire Straits' fourth studio album ”Love Over Gold” an album featuring the new guitarist Han Lindes, and keboard player Alan Clark, there was some pressure to beat the previous work. Extended solo’s by Alan Clark's piano and keyboard work, the album was again well received when it was released in September 1982  It went gold in America and made number one in the United Kingdom.. Love Over Gold was the first Dire Straits album produced solely by Mark Knopfler, and its main chart hit, "Private Investigations", gave Dire Straits their first top 5 hit single in the United Kingdom, where it reached the number 2 position, despite its almost seven-minute length, and became another of the band's most popular live songs.
Love Over Gold reportedly sold two million copies during the first six weeks after its release. Shortly after the release of the album drummer Pick Withers left the band. His replacement was Terry William, formerly of Rockpile and other Welsh bands including Man.
I've heard various reasons for Pick Withers leaving the band, probably the real reason was the extensive touring requirements to promote the album, and , as he put it, he was "In danger of becoming a rock drummer"
Then it was back to good old Rock and roll with the neatly titled
Extendanc"EP"lay  featuring the favorites "Twisting By The Pool", "Two Young Lovers" and "If I Had You". This EP featured the new members and came out in January 1983, while "Love Over Gold"  was still in the charts. 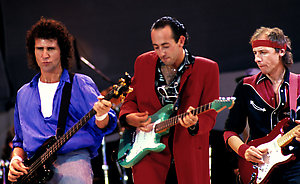 At the end of 1984, the band returned to Air Studios it Monserrat in the Caribbean to start work on their new album.

Mark Knopfler had written the songs and rehearsed them with the bans before their arrival on the Island.

Not long into the sessions, guitarist Hal Lindes departed, and American John Socci joined the band. Also new to the group was keyboard player Guy Fletcher. 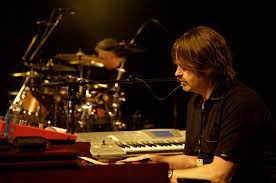 These sessions resulted in the album “Brothers in Arms”, coming out in May 1985, and it turned outto be one of the most successful albums of all times.

“Brothers” spent 14 weeks at No. 1 in the UK charts, (including 10 consecutive weeks) and 9 weeks at the No. 1 spot on the US Billboard charts. Down here in Australia, it spent 34 weeks at No. 1.This is when the band toured down here, and I was lucky enough to catch them here in Adelaide: needless to say, it was a great show. 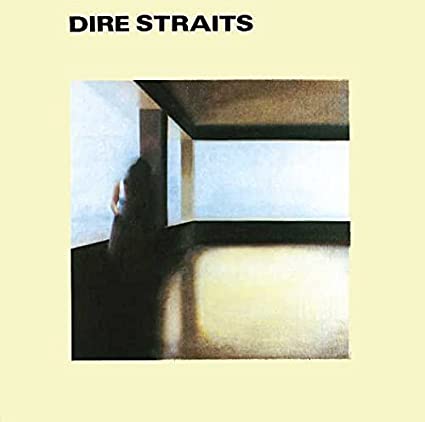 The album that started it all, and often said to still be their best effort.

The 9 tracks are all classics and include "Down To The Waterline", "Water of Love", "Southbound Again" and of course "Sultans of Swing"

Get the "Dire Straits" album HERE 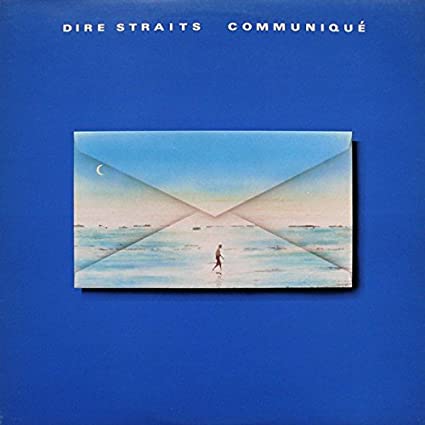 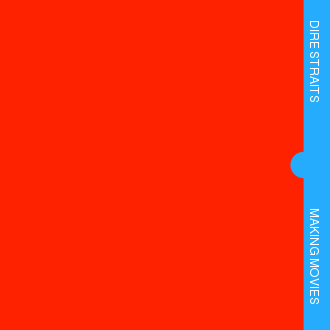 This  great album has always been considered one of the bands finest achievements. The primary single was "Romeo and Juliet" getting to number 8 in the UK singles chart in early 1981. The second single release was "Skateaway," and the third and final single from the album was the lengthy opening track, "Tunnel of Love," with its intro "The Carousel Waltz" by Richard Rodgers and Oscar Hammerstein II, which only reached the number 54 position in the UK. However, it to this day one of Knopfler's most popular compositions.

The Brothers In Arms Album 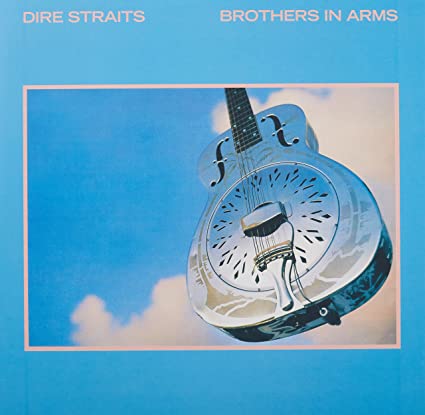 One of most the successful albums ever, the "Brothers" album is the eighth best-selling album in UK chart history. It is certified nine-times platinum in the United States and is one of the world's best-selling albums, having sold more than 30 million copies worldwide.

The album won a Grammy Award in 1986 for Best Engineered Album, Non-Classical and Best British Album at the 1987 Brit Awards; the 20th Anniversary reissue won another Grammy in 2006 for Best Surround Sound Album. Q magazine ranked Brothers in Arms number 51 on its list of the 100 Greatest British Albums ever.  It has nine tracks, including "So far Away", the classic "Money For Nothing", of course featuring Sting, "Brothers in Arms" and the rocking "Walk of Life".

You can grab "Brothers In Arms" HERE