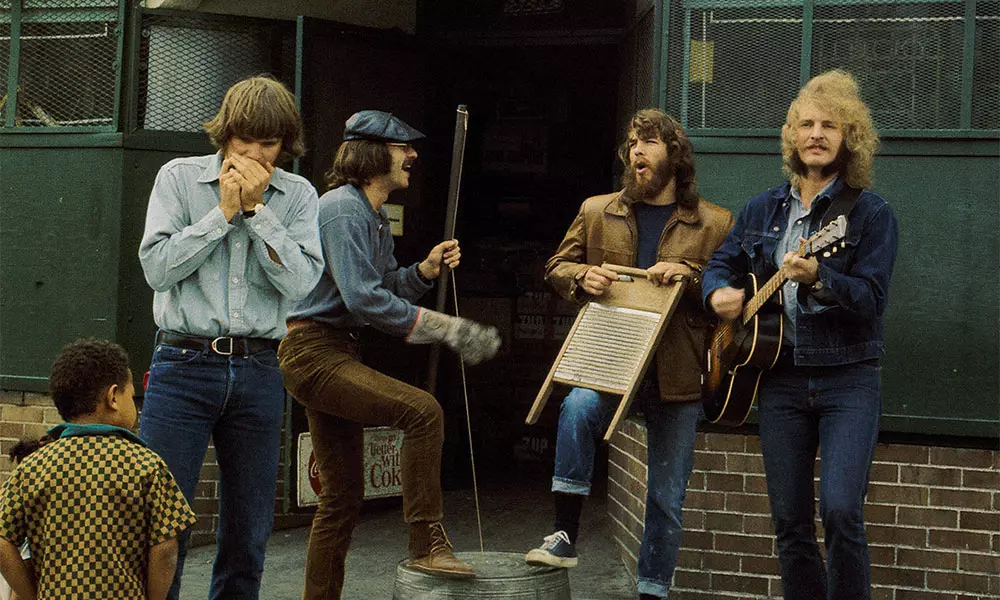 Creedence Clearwater Revival, playing in the street for the photo shoot for the "Willy and the Poorboys" album. (L to R) John Fogerty, Stu Cook, Doug Clifford and Tom Fogerty.

How a couple of school friends born and bred in Berkley California managed to produce classic “Swamp Rock” still a mystery afer13 classic top 60 Billboard chart entries ’68-’72, 7 two sided hits. Plus, four more hits after they split. They are the greatest U.S. singles band ever.

The lead roll soon changed from Tom to John, as his song writing developed.

For the next couple of years, they toured the Central California areas, releasing several singles that, with the exception of “Brown Eyed Girl”, did nothing. 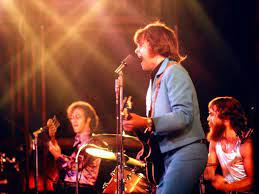 Creedence in action. Stu Cook on bass, John Fogerty guitar and belting out the vocals, Doug Clifford behind the kit

In 1967, in desperation, they turned professional, and changed their name to Creedence Clearwater Revival, coinciding with      Saul Zaentz taking over Fantasy Records, the San Francisco music scene took off.

Two singles were released simultaneously, the Screaming Jay Hawkins number “I Put a Spell on You” and Dale Hawkins “Suzie Q”. Both these singles were top 40 hits. The album “Bayou Country” quickly followed, and this album was to establish Creedence as the first great singles band of the 60’s.

Two John Fogerty originals, “Proud Mary”, and “Born on the Bayou”, both struck gold. These were followed by great albums “Green River”, (with hits “Bad Moon Rising”,” Green River” and “Lodi”), and “Willy and the Poor Boys”, possibly their finest album. The singles “Down on the Corner”, “Midnight Special” and “Fortunate Son” all came from this album.

But the next album, “Cosmo’s Factory” even outdid that record, with no less than three gold records. “Travelling Band”, “Up Around the Bend” and “Looking Out My Back Door”. The album also featured “Run Through the Jungle” and “Travelling Band”. 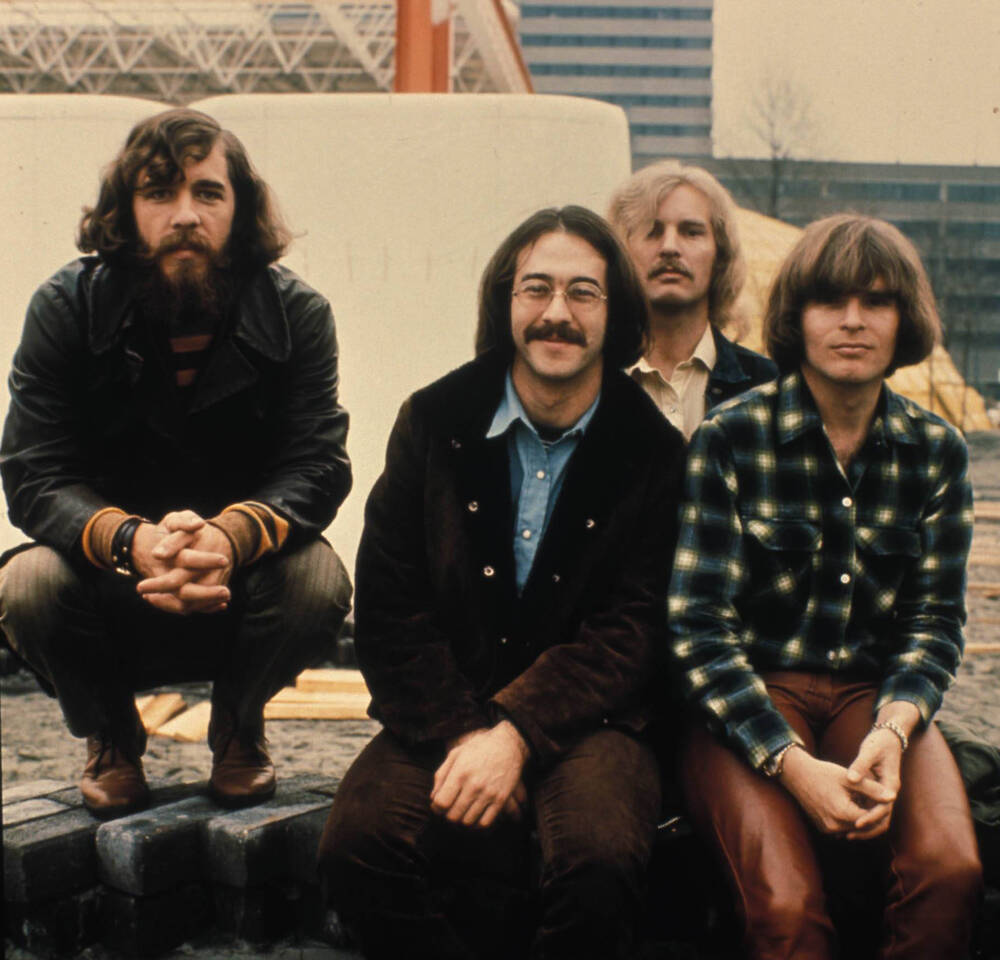 Tom Fogerty quit in 1971, just after the “Pendulum” album. The band continued as a trio, putting out “Mardi Gras” after which the band disbanded. 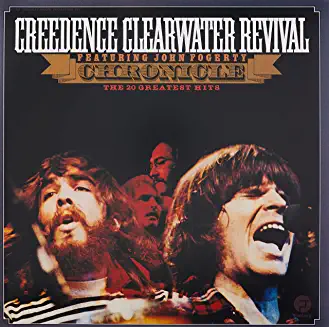 Creedence Chronical Album   The classic 20 greatest hits album. Includes "Proud Mary", "I Put a Spell On You", "Down On The Corner" and "Up Around The Bend.

The ideal start to any Creedence collection. 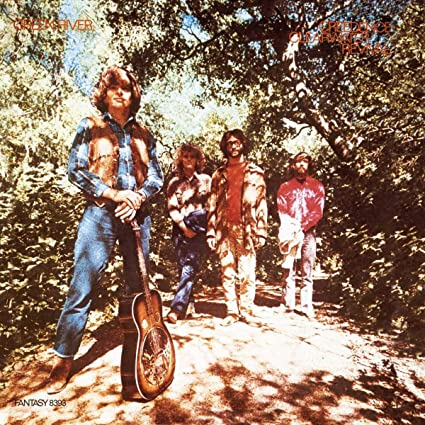 The bands 3rd album, coming out in August 1969. Generally, the reception to the album was good,  Rolling Stone called it "a great album" with the reviewer further stating "they are now creating the most vivid American rock since "Music From Big Pink". The album got to No. 2 on Billboard, with the singles off the album "Bad Moon Rising" and "Green River" getting to No. 2 on the singles charts.