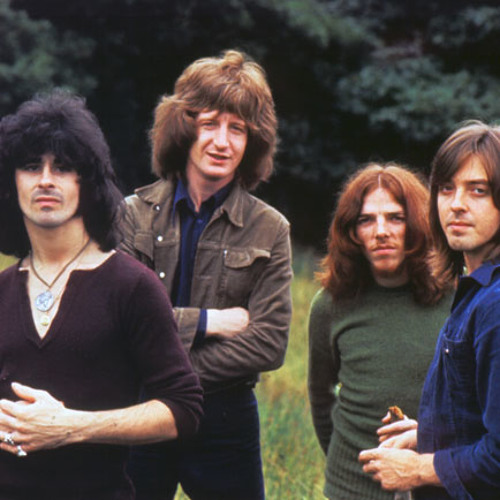 Badfinger were originally a Welsh / English rock band formed in Swansea that were active from the 1960s to the 1980s. The best-known line-up consisted of Pete Ham, Mike Gibbins, Tom Evans, and Joey Molland. They are recognized for their influence on the 1970s power pop genre.

The band evolved from an earlier group called the Iveys, formed in 1961, which became the first group signed by the Beatles "Apple" label in 1968. The band renamed themselves Badfinger, after the working title for the Beatles' 1967 song "With a Little Help from My Friends "(" Bad Finger Boogie "). From 1968 to 1973, Badfinger recorded five albums for Apple and toured extensively before becoming embroiled in the chaos of Apple Records' dissolution. 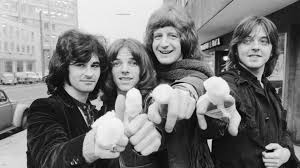 The beginning of the end of Badfinger.

After Apple Records folded in 1973, Badfinger struggled with a host of legal, managerial and financial issues, leading to Ham's taking his own life in 1975. Over the next three years, surviving members struggled to rebuild their personal and professional lives against a backdrop of lawsuits, which tied up the songwriters' royalty payments for years. Their subsequent albums floundered.

As Molland and Evans alternated between cooperation and conflict,  their attempts to revive and capitalize on the Badfinger legacy floundered.

It was recorded at Abby Road studios April-August 1970 and released in the UK and US in November 1970. 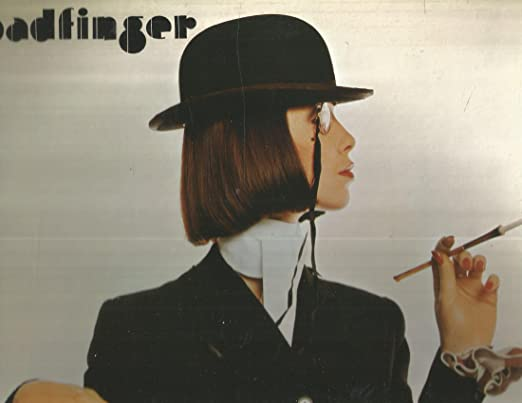 Badfinger "Badfinger" album..the first album for Warner Brothers, and the 6th for the band. The album came out in the Autumn of '73. to not good reviews. The first single from the album "Love is Easy" failed to chart, as did the follow up "I Miss You". The album only got to 161 on the US top 200 charts. Both are on this album, and "Love is Easy" is an under rated song, moving along nicely. In fact ots not a bad album! 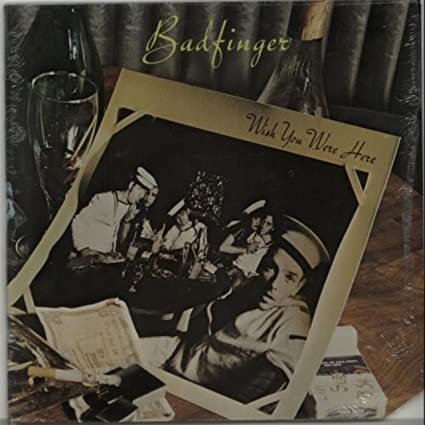 The "Wish You Were Here" Album

The sixth album for Badfinger, and the last for Warner's. The album received good reviews on release, in November 1947, but was withdrawn from sale early '75 due to legal issues with Badfiners manager, Stan Polley. In those seven weeks, the album got to No.148 on the US charts. Ni singles were released.  9 tracks

The tragic story of Badfinger, by one who was there. 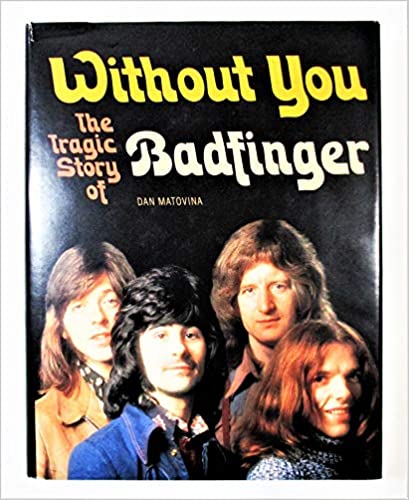 An expose of the music business, "Without You "also serves as a tribute to the band's work. A great inside look at the band. 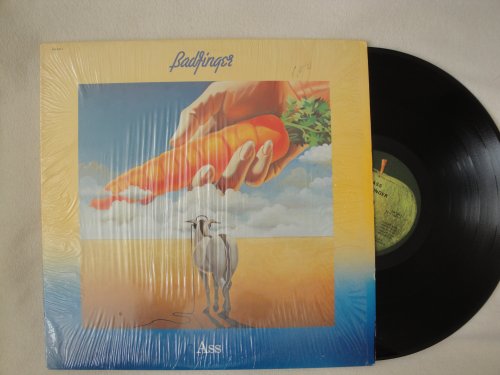 Ass is the fifth studio album by Badfinger leased on Apple. The opening track, "Apple of My Eye", refers to the band leaving the label to begin its new contract with Warner brothers Records.

The cover artwork, showing a donkey chasing a distant carrot, alludes to Badfinger's feelings that they had been misled by Apple. Ten tracks including "Blind Owl" a great song. Only reached No. 122 on Billboerds charts.    Badfinger Ass Album

The original Peter ham written "Without You" later covered by Harry Nilsson.

And their all time classic, "No Matter What"

Filmed when all was well. tight harmonies and great guitar work.